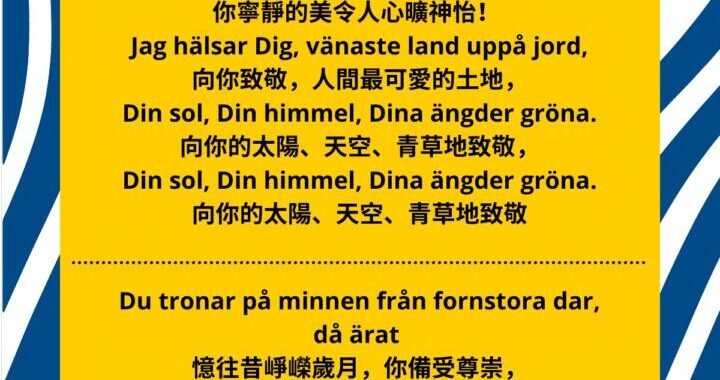 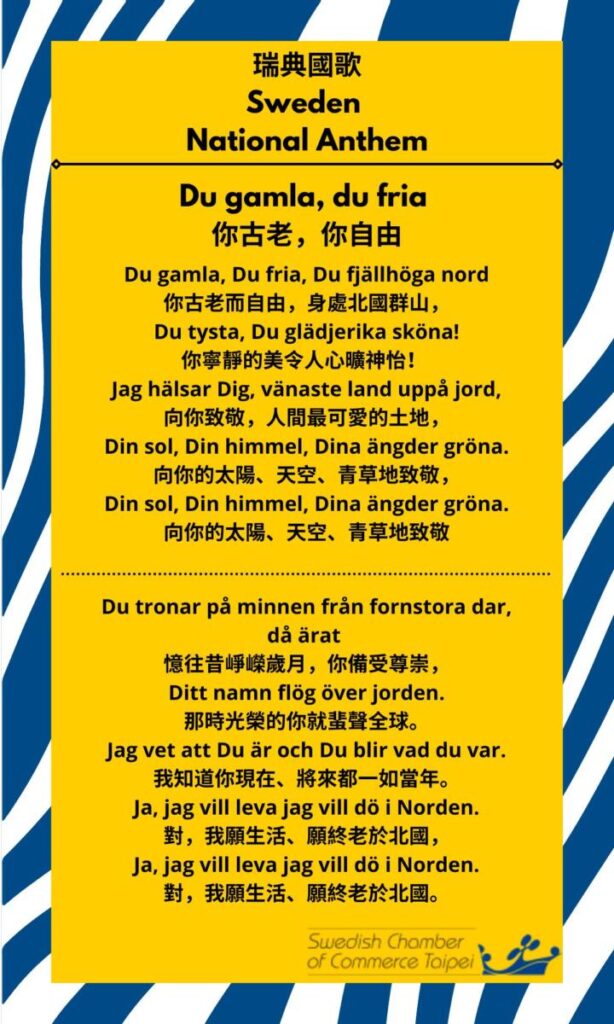 5 Facts About National Anthem of Sweden

The anthem has never been officially legislated as Sweden’s national anthem.
Written by Swedish jurist Richard Dybeck in 1844 and originally called “Sång till Norden” or “Du gamla, Du fria”

Nowadays, it is played during official state visits and other national events.
Unlike other countries normally would do, the song has never been officially legislated as Sweden’s national anthem.

Accordingly, it was written in 1844, created with Swedish folk tune from the province of Västmanland to create the anthem and entitled it “Sång till Norden” (Song of the North), during a time when a “pan-Scandinavian” movement was strong, which is why it is a “Song to the North” instead of just to Sweden.

Historically, in 1893, King Oscar II attended a dinner at Lund University. He stood upright when he heard the song, and this action became the key to the song being sung as the national anthem.In addition to having royal recognition, the then opera singer Carl Fredrik “Lunkan” Lundqvist repeatedly used it as the finale of his concert, making it a household name.

Since 1938, Sveriges Radio, the Swedish Public Service Radio, played this song at the end of every evening program, which has strengthened its status as an unofficial Swedish national anthem.

In the late 19th century the anthem started to be considered as Sweden’s “national anthem”, differentiating it from the royal anthem.

Later, “Du gamla and Du fria” was also used as important representative songs by government ceremonies and sports events. In this way, this song became the “Swedish National Anthem”in a low-key way.