Since 1898, art and crystal glass for everyday use has been produced under the brand of Orrefors. At our glassworks in Kosta, our skilled glassworkers are joined by several of Sweden’s most prestigious designers in developing the design, craftsmanship and new techniques.
In 1914, Orrefors started manufacturing crystal products, and as well as cut crystal according to purchased patterns and samples, Orrefors made art glass using the overlay technique with etched decoration.

Orrefors is one of the official suppliers to the Nobel Prize Banquet and Purveyors to the H.M. the King of Sweden.
Gunnar Cyrén designed the Nobel series to mark the 90th anniversary of the Nobel Prize Banquet in 1991. Since then, Nobel Laureates and royalties have raised nobel glasses in the toasts at the banquet in Stockholm City Hall in December each year. The series has been praised for its elegance and personal design.

The glassworks in Kosta was founded in 1742. The name was created from the surnames of the founders, Generals Koskull and Staël von Holstein.
Fine utility glassware was made here during the first 150 years of the company’s existence and comprised products such as window panes, bottles and drinkware, but also glass chandeliers and similar items. The customers included royalty, nobility and wealthy merchants who could afford the costly glassware.
The first designer at the glassworks was Gunnar G:son Wennerberg, who joined the company in 1898. Many well-known artists have worked here since then, such as Sven X-et Ericsson and Ewald Dahlskog. The first female artist was Tyra Lundgren who was recruited in 1935. Many women have worked at the glassworks since then and have been very successful.
Today’s Kosta Boda was formed through a merger of the glassworks in the communities of Kosta, Boda and Åfors. The company name was changed to Kosta
Boda AB in 1976, and the company has been part of Orrefors Kosta Boda AB since 1989.
Manufacturing now takes place at the principal glassworks in Kosta and at Åfors Glassworks. 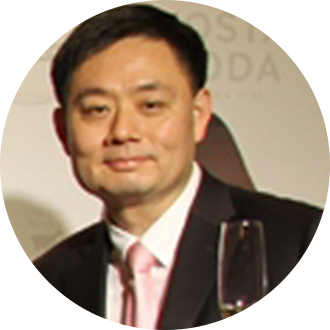