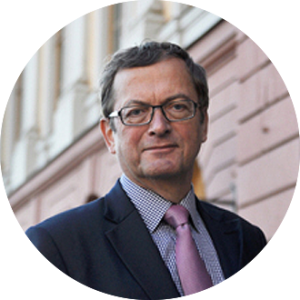 HOSTED IN CONJUNCTION WITH EUROPEAN CHAMBER OF COMMERCE TAIWAN

Global CSR developments with a special focus on China

A lot of things happened last year in the CSR area such as the EU directive on CSR reporting and negotiations about a binding international treaty on business and human rights.

CSR has been a focal point in the PRC government’s policy. State-owned companies and many listed companies are obliged to present full CSR reports. The recent economic slowdown might divide Chinese companies into internationally-minded companies which continue ambitious CSR policies and less ambitious domestic-oriented companies. China is also influenced by proactive steps recently taken by the Taiwan and Hong Kong stock exchanges.

Among other topics our speaker will talk about:

Bengt Johansson was the CSR Ambassador of Sweden 2012- 2015. Before that he served 16 years as a Swedish diplomat in Hong Kong, Beijing, Shanghai and at the Swedish trade office in Taipei. He worked as an official covering Taiwan and China at the European Commission’s Directorate General for Trade from 2002-2004, where, among other tasks, he monitored Taiwan’s compliance with its WTO commitments. He presently runs the CSR consultancy company, New Context AB, and is an adjunct professor at Shanghai University.

To cancel without penalty, written cancellations must be received 24 hours prior to the event.  Contact: Louise Byström at louise@swedchamtw.org